Equality before the law is one of the foundations of democracy. At the same time, it is important that police officers and prosecutors are scrutinized so that abuse is avoided and those who do are punished.

Equality before the law is one of the foundations of democracy. At the same time, it is important that police officers and prosecutors are scrutinized so that abuse is avoided and those who do are punished. We therefore want an independent authority to review reports against police officers and prosecutors. Civil service responsibility must be reintroduced. Crimes involving victims must be prioritized before other crimes.

Overview – The Pirate Party wants to: 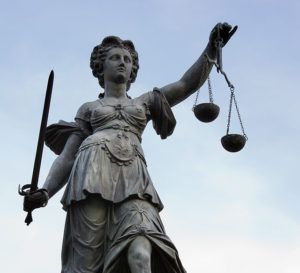 1. Better prioritization of the judiciary

The Pirate Party believes that equality before the law is one of the foundations of democracy and that good legal certainty ensures the opportunity for individuals to participate in social life. It is therefore important that reports to the police are not dismissed without good reason. Considerations about the authority’s profitability do not count as good reasons. Giving orders from above to prioritize easy-to-investigate crimes such as drug or traffic offenses in order to improve the authority’s statistics is an incorrect procedure that damages Swedish legal security.

§1 An investigation is added on how the Police’s management can be changed to counteract the prioritization of “easily solved” crimes.

The type of directive mentioned in chapter 0 also damages the police’s activities by restricting the policemen’s professional autonomy and worsening their working environment. The Swedish police has a staffing crisis, and it is partly due to a large number of police officers leaving the profession. The Pirate Party therefore wants to improve the working conditions of police officers, so that the staffing crisis can be resolved in the long run, to ensure police community presence. The Pirate Party wants to increase the number of employed police officers and civilian personnel in the authority to ensure police presence and relevance in society.

§2 An investigation is added on how the working environment of active police officers can be improved;

§3 Administrative tasks that currently rest with police officers are transferred to civilian personnel.

The principle of legal certainty is about protecting individuals from abuse by the state and other authorities; without good legal certainty, people’s freedom of action and thus their autonomy is limited. Therefore, an independent authority is needed with the task of reviewing the actions of prosecutors and police officers, to avoid colleagues investigating and acquitting each other.

§4 Sweden establishes an independent authority with the task of reviewing the actions of prosecutors and police officers.

The rule of law must protect individuals from abuse, and some of the individuals most in need of such protection are children and young people. Therefore, the Pirate Party wants to investigate current methods for handling legal cases surrounding these individuals – above all the social services’ investigations of LVU cases, reports of concern and custody investigations – and if possible improve them.

§5 An investigation is carried out into how legal cases concerning children and young people are handled.

The Pirate Party’s program of principles states that power should lie with elected politicians and not with civil servants. Today, a lot of power rests with various officials in administrative Sweden, and their exercise of authority is often difficult to review and control. This is a far cry from the principles of decision-making that the Pirate Party is guided by, namely accessibility, openness and transparency. The individual who holds power must be transparent in the exercise of that power; this includes that it can be punished in case of abuse. Therefore, the Piratpartiet wants to reintroduce greater civil servant responsibility.

6. Policemen shall be policemen, judges shall be judges

In the growing surveillance society, the task of controlling and punishing people for various misdemeanors and crimes has been delegated to private companies and administrative organizations of various kinds. Transport companies are to act as border police and migration courts, web providers are to act as copyright police, market courts and anti-terrorists, and proposals are being put forward to appoint the post office, security companies and others as law enforcement officers and judges. The pirate party wants policemen to be policemen and judges to be judges. Law enforcement and punishment should not be outsourced to private companies.

§7 An investigation surveys all forms of privatized administration of justice in Sweden and presents proposals on how these can be abolished.

Administrative policy is about the design of the administrative structures that will transform decided policy into reality.
Culture

Our culture is increasingly becoming digital. Our possibilities to create, share and develop art could be endless.
Defence policy

Sweden needs defense against external threats, but that requires not only aircraft and cannons, but also a much better cyber defense than we have today.
Democracy

Democracy's existing tools need to be strengthened and supplemented. In order to ensure that the decisions that are made are representative of the people, it requires a policy that aims to strengthen community involvement.
Drug policy

Sweden's drug policy needs to be humanized. The zero tolerance towards drugs has given us one of the highest drug-related death rates in the Western world.
Economics

Society is developing faster and faster, but at the same time, the form of the school has remained stagnant for the last hundred years.
Environment

The single-track political debate on current environmental issues is a defeat for the entire globe and has the potential to have serious consequences.
EU policy

The EU's purpose should be to make it easy to make contacts and spread knowledge and ideas within Europe and with the rest of the world.
Health care

We want equal care - regardless of whether you live in the city or in the countryside - and a diversity of different care providers. Healthcare must be evidence-based and systems improved to introduce new knowledge and new technology into healthcare.
Integrity

The pirate party wants to stop mass surveillance. Surveillance must only take place in the event of justified, concrete suspicions against particular persons.
Labour market

Technological development is advancing rapidly. It creates enormous opportunities but forces us to think along different lines than those of the 18th and 20th centuries.
Law & order

Equality before the law is one of the foundations of democracy. At the same time, it is important that police officers and prosecutors are scrutinized so that abuse is avoided and those who do are punished.
Migration policy

Sweden does not have the opportunity to help all refugees in the world, therefore we have to prioritize who we should help.
Net neutrality

The pirate party fights for a free internet, accessible to everyone. Only then can the internet be a force for freedom and democracy, giving everyone the opportunity to make their voice heard.
Sexual autonomy

The Pirate Party believes that bodily autonomy, especially regarding gender and sex-related aspects, is one of the most fundamental rights.
Dela
Em Fb Tw Li

Do you speak English or another language that you think should be added to our website? Help us make pirate policy accessible to more people!

Piratpartiet works toward an open, free and democratic society. The ability to share knowledge and culture is one of the foundations of our policies. We stand up for the rights to freedom of thought and speech, and our mission is to protect and develop these principles.

The Pirate Party was founded in 2006 to bring Sweden into the digital future. Since then we have spread to over sixty countries and developed into the world’s most successful political movement since the environmental movement in the 80s.

About us About us
Close